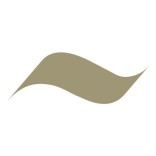 Additionally, as announced by Kjell Gruner, President and CEO of Porsche Cars North America Inc. (PCNA), the car will serve as inspiration for a limited-availability Porsche Exclusive Manufaktur offering exclusive to U.S. customers:  a Tribute to Carrera RS Package.

“America is the second home of the 911 and a special tribute exclusive to the U.S. is the perfect way to celebrate the 50th anniversary of the 911 Carrera RS 2.7,” said Gruner. “So many of us idolized the original 1972 car. We want to create a special experience that combines exclusive options on the new GT3 RS with a one-of-a-kind list of accompanying items. Together, it will be an exciting and individual tribute to the RS lineage. This is a live project in its early stages, and is being created by enthusiasts, for enthusiasts as a joint effort between our colleagues in Zuffenhausen, Flacht and our team in America. The ideas and concepts are really exciting and we’re having a lot of fun developing it – all of us are looking forward to sharing more details with you soon.”

Appropriately for Monterey Car Week, the model on display is extensively personalized. Finished in white with key areas in Python Green, the car is a direct reference to the iconic white and green color configuration offered in 1972 on the first 911 “RS” model as well as a new interpretation of it. In this instance, the body is finished in non-metallic white including side air intakes painted to match with model designation graphics on the sides and rear in Python Green, forged aluminum wheels in Python Green with white pinstripes. Exclusive Design taillights emphasize the green-on-white theme by eliminating the red color from the rear taillights and third brake light. Finally, the side plates on the left and right ends of the large rear wing are painted white with RS logos in Python Green.

“Porsche Exclusive Manufaktur allows customers to personalize their car to a point where the vehicle is as much a reflection of them as it is of Porsche,” said Karl-Heinz Volz, Director of Exclusive Manufaktur Options. “Personalization is a Porsche tradition dating back to our first production model, the 356, when a customer requested a wiper be added to the rear window of their car. Today it is an incredibly extensive personalization program, offering options ranging from small changes to true one-off creations.”The headlights also feature a pinstripe ring in white, something that is not available via the normal list of factory-available options. The color combination continues inside the car with matching stitching, trim panels in white to match the exterior.“As a car enthusiast growing up, my walls were plastered with models that I was particularly fond of. One of the most influential was the 911 Carrera RS 2.7. As a young kid it captured me imagination and even today it puts a smile on my face,” Andreas Preuninger, Director GT Model Lines, said. “That’s where the styling inspiration of the 996 GT3 RS came from, which was one of my first projects at Porsche. At the time, that car felt totally extreme so colors nodding to the forefather made sense. Today, it’s a very emotional moment for me to pay tribute to the first 911 RS model with our most extreme and capable 911 GT3 RS yet.”

This is also the first example of a 911 GT3 RS with active aerodynamics, a feature that is used to offer incredible levels of downforce, provide deceleration assistance by creating an air brake, and by offering a Drag Reduction System (DRS) that can reposition aerodynamic elements to cut drag at the driver’s command in certain conditions.

Fifty years ago, the world knew the 911 Carrera RS 2.7 as Germany’s fastest sports car. It began as a homologation special and featured many technological innovations. It was the most powerful version of the first-generation 911, generating 210 PS at 6,300 rpm and 188 lb.-ft. of torque at 5,100 rpm from its air-cooled flat-six developed by Hans Mezger and Valentin Schäffer.

A more potent engine was only part of the success story. Much like the new 911 GT3 RS, wind tunnel testing and aerodynamic science introduced never-before-seen technology to the 911. The ducktail, now as much an icon of style as an element of function, was critical in achieving stability at high speeds. Not only did it unlock the ability to drive faster, but it did so without incurring additional drag. In fact, it reduced the drag coefficient.

Vietnam’s Luxury Market Is Heating Up