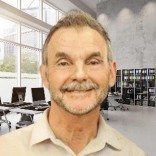 In celebration of National Apprenticeship Week, LVMH Moët Hennessy Louis Vuitton (LVMH) announced today it has officially begun the first Métiers d’Excellence Institute (ME Institute) program in the United States with Tiffany & Co., the iconic American luxury brand and globally renowned jeweler. The program will train the first cohort of the next generation of craftspeople in jewelry design and fabrication, with trainees learning the artisanal, design and retail excellence and savoir-faire, named Métiers d’Excellence, for which LVMH is known.

“Establishing the Métiers d’Excellence program in the U.S. will expand our pipeline of talent and advance our goal to promote workforce diversity in the luxury industry,” said Gena Smith, Chief Human Resources Officer, LVMH North America. “By providing an exceptional cohort of apprentices with the opportunity to learn from experienced craftspeople, Métiers d’Excellence ensures that these skills are passed on to early career professionals and teaches apprentices to uphold LVMH’s longstanding standards of excellence.”

As the first Maison to kick-off the program in the U.S., Tiffany & Co. will focus the curriculum on jewelry design and fabrication over two years, including rotations through Tiffany Workshops.

“We are excited to commence the Métiers d’Excellence program following our recently launched social impact platform, Tiffany Atrium,” said Mary Bellai, Global Chief Human Resources Officer, Tiffany & Co. “The Métiers d’Excellence initiative will enable us to reinforce the diversity and inclusivity of Tiffany & Co.’s workforce through one of our core pillars of Tiffany Atrium – education. Our efforts will support the long-term growth and development of students, early career professionals and educational institutions in the U.S.”

LVMH and Tiffany & Co. worked closely with the New York State Department of Labor (NYSDOL) to register the program. Registered Apprenticeships are industry-vetted and approved, validated by the U.S. Department of Labor or a State Apprenticeship Agency, and offer participants a portable, nationally recognized credential. Additionally, these programs provide a critical pathway for people to access quality career opportunities through hands-on learning and direct work experience.

This partnership represents the first apprenticeship program offered in the luxury industry for the Department as part of a larger list of skills-based learning programs. To celebrate this major milestone, the NYSDOL is officially kicking off National Apprenticeship Week with a ceremonial signing with LVMH, Tiffany & Co. and apprentices from the first cohort.

National Apprenticeship Week represents an opportunity to shed light on the successes and value of Registered Apprenticeship for rebuilding the economy, advancing racial and gender equity, and supporting underserved communities.

“Registered Apprenticeship continues to put New Yorkers on the path to great, in-demand careers while also providing employers with a skilled workforce,” said Roberta Reardon, New York State Department of Labor Commissioner. “I thank LVMH and Tiffany & Co. for following this model, and encourage other companies to reach out to us if they are interested in learning how Registered Apprenticeships can help meet their business needs.”

Since its inception in France in 2014, more than 1,400 students have participated in the Métiers d’Excellence program in seven countries. The success rate has been tremendous, with 78% of apprentices continuing their studies or joining professions where they apply the skills they learned, many of which are at LVMH Maisons or external partners. 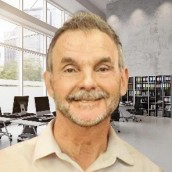 This is World’s best champagne